Skip to content
Do you know the Planetary Boundaries?

Do you know the Planetary Boundaries? 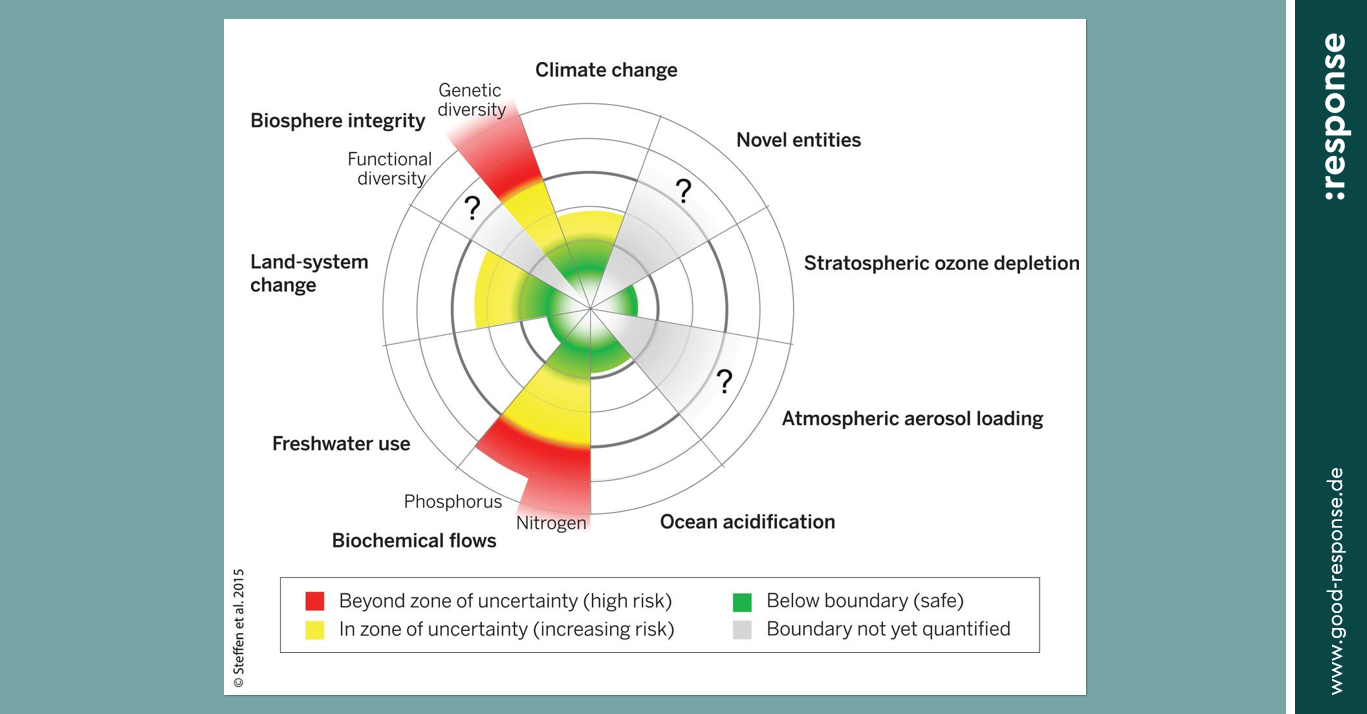 The Stockholm Resilience Centre published the work of a group of 29 scientists in 2009, which was last updated in 2015: the concept of Planetary Boundaries. The definition of thresholds in 9 areas makes visible how strongly the intervention of us humans affects the ecosystem earth. In some areas, we cannot even define the Earth’s stress limits.

In his TED Talk, Johan Rockström explains the limits with the help of animations and gives an update.

For all Netflix subscribers, there is a documentary in which Johan Rockström, together with British environmental scientist and wildlife filmmaker David Attenborough, explains the concept and shows the opportunities that still exist for us.

For the first time, a multinational corporation has been legally required to... read more

What will our climate look like in the year 2100 – and what does this have to do with financial... read more

Do you know the Planetary Boundaries?